I finally got these done. It took a while since I had to get used to my new job. Well,  I guess it’s time to move on to chapter three. Old ones are to the left/on top. New ones to the right/bottom.

In slightly related news, I’ve begun to use some photo reference. The results are frequently good so I’ll be using it a lot more from now on. Here are some examples:

Serial killer face! Ehum, anyway, that last self-portrait is the only one I’ve made that I don’t hate. Hey, working with color is fun, I should do that more. Oh wait, I have a 100 page chapter to draw. Dang. Well, I haven’t been all that active on this blog but I’ll try to step up the pace. There is some material I’ve managed to do this summer, I guess. We’ll start with that…..soon.

I have some bigger blog updates coming but for now I just want to make a quick note of what I’m currently working on. I thought that I should do some warm-ups before I start working on chapter 3 of Silver Vein. I also looked at the two first chapters and found that there are some pages I can’t stand looking at. These are pages that either don’t work art-wise or that have a layout that might be hard to follow. The first chapter in particular has some really jarring jumps in quality when it comes to the art and it’s because I drew it on and off over a long period of 18 months. So I’ve fixed six pages from chapter one and are now moving on to chapter two. Let’s have a little before-and-after look at said pages (old ones to the left, new ones to the right): 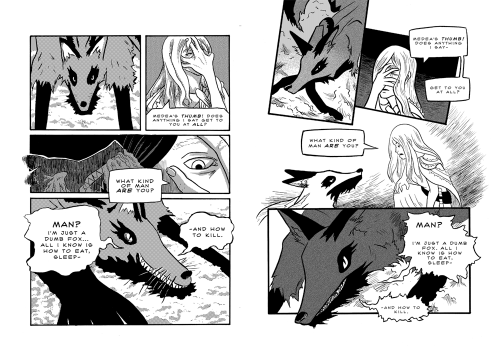 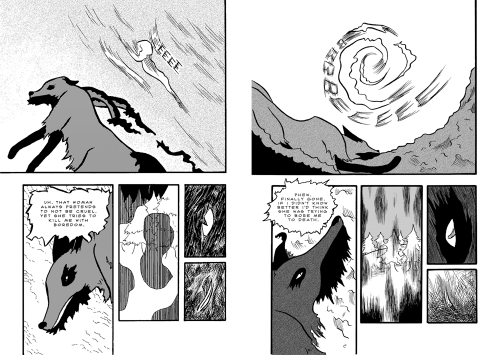 I’ll update the smackjeeves & drunk duck accounts shortly. I might even make some more small changes to the pages in both chapters as the time for putting together the collected volume draws near. I won’t change anything after it’s printed though. That’s all for now. Next update will have the updated pages for chapter two.

Two posts in three days? I’m not sure what I’ve been smoking but I sure want some. Bad jokes aside, it’s time for some features! Let’s start off with that comic project I talked about last time: 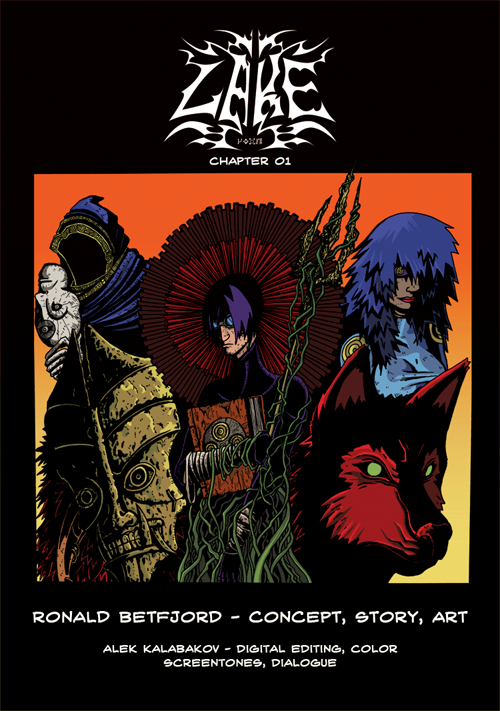 Let me introduce the comic “Lake”. It’s about a guy named (wait for it): Lake. He wields magical cards of many types, looks like he just came from a Sisters of Mercy concert and is traveling his world trying to hide from his past. Sounds exciting? We’re going for two updates a week, starting today with this pretty cover.

As you might figure from the cover; this comic is the brainchild of Ronald Betfjord. He’s asked me to help him with cleaning, coloring, screentones, translation, dialogue and some general ideas. READ IT!

Let’s move on to the Silver Vein guest art. So, the book might take a bit longer to get done but I received some really nice guest art for the book that I want to show off. It’s a nice chance for a little guest feature that I’ve wanted to do for a while. So here goes: 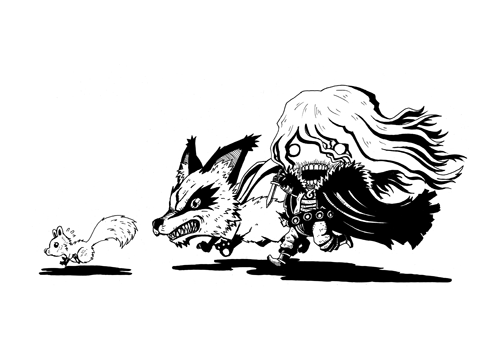 Yep, squirrels again. Ronald seems to have caught on to one of Ailys’s national pastimes. Chasing small animals with your trusted knife & dog. Ronald has just recently gotten himself a blog but I suspect there’ll be some stuff happening there soon. 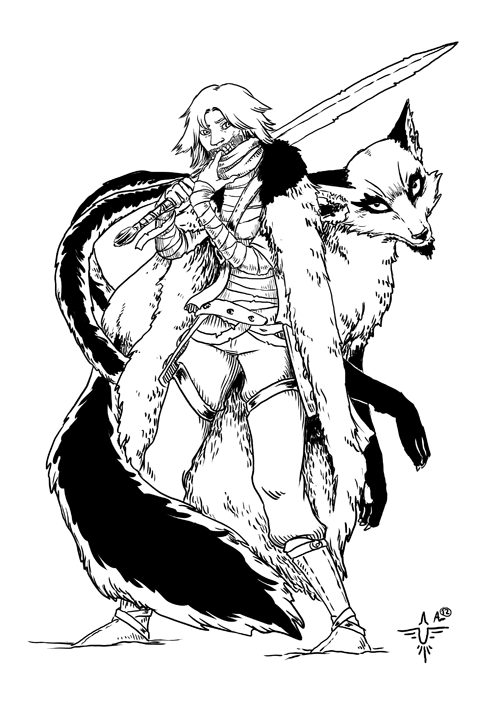 Anna Landin – creator of fictional universes involving more characters than people you know and illustrator of amazing & pretty things. She’s recently gotten more into colour with amazing results. Here she’s showing us what Silver Vein would be like if Whisper was actually cute. 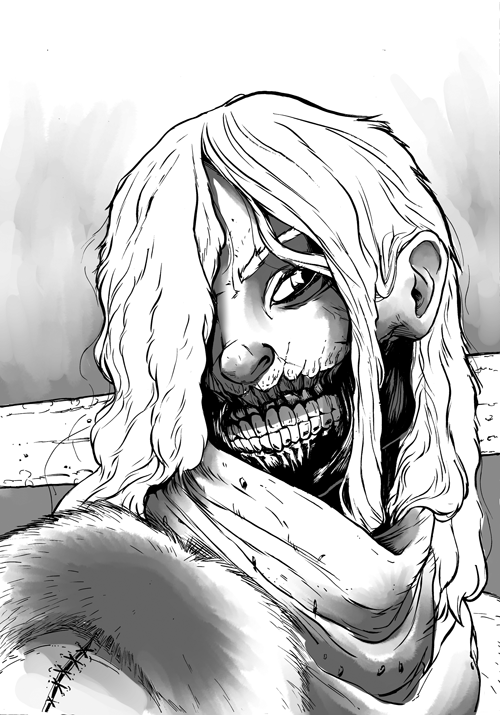 Ah, Linus. Every paper he touches turns into an awesome picture. Now a professional illustrator. Damn/bless him. 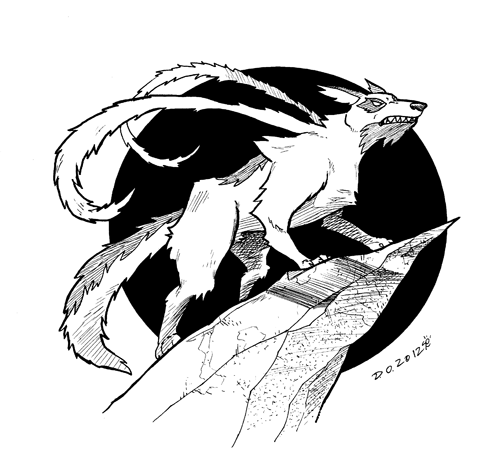 Is there anything this guy can’t do? From concept art for games to all kinds of illustrations & comics. From black & white to color, Daniel gets it all done with an incredible sense of style.

If there’s one person I wouldn’t want to be trapped in a dark room with, it’s Olovs imagination. This guy manages to make ME scared of my own character. Need I say more? Check out his fantastic webcomic Wayfar and have a look at the amazing short film based on the prologue of Wayfar.

SO, those are the features.

Now that the first volume of Silver Vein is pushed back, there’s plenty of time. Feel left out? Didn’t have time to get it right? Didn’t hear of this ’till now? Keep the art coming, friends, and I’ll put it in the book. Anyway, SPX draws near. I’ll see all of you who are going in a few days!

Due to a tricky economic situation and being unable to find a good printing-house; the first Silver Vein-book will not be printed in time for SIS/SPX 2012. It just didn’t work out for me this year. This has created some interesting opportunities though. I found out that the printing-house I originally intended to use (but couldn’t thanks to the long shipping time) offers double the pages I wanted in the book for 1/3 the price compared to what I found here, in Gothenburg. So instead of rushing to print the book now, I intend to wait until I finish making chapter three and then include it in the book. This will allow me to make an affordable 200+ page book with plenty of time to revise some pages I don’t like and add more extras. In the end, I think it will be worth it. I’ll still be going to SIS though, as I want to meet friends and get to know more people in the comics community here.

Anyhow, have some pics: 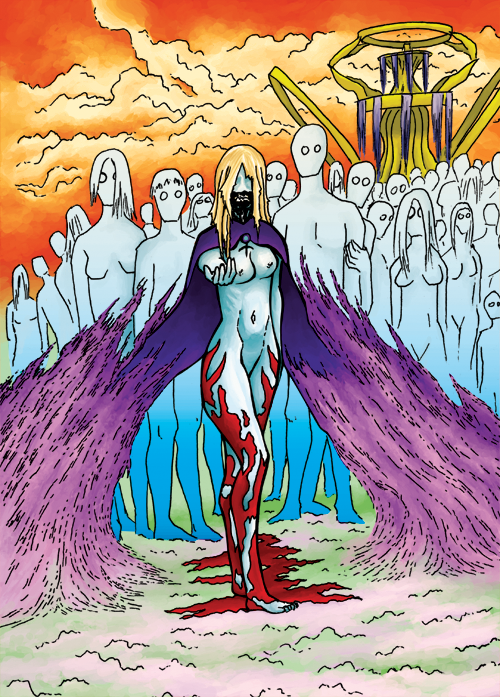 This is an anatomy exercise turned Silver Vein concept-art. For once I didn’t hate working with colours. This might also be some of the brightest colors I’ve used in a picture so far. Anyway, I’m spending some time doing random pics and practicing anatomy after finishing work on the book. The cooldown-period I need after big projects is starting to disappear. 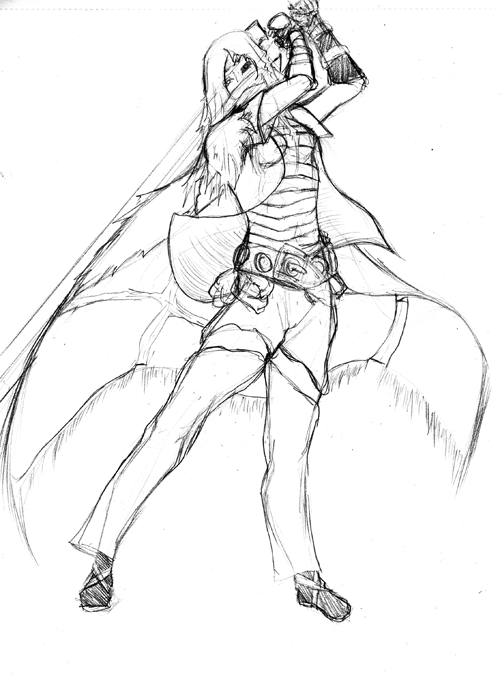 That’s it for this time. I’ll have one more post done before SPX. It will feature the guest art I received for the SV-book and also a whole new comic project I’m working on with a friend. Look forward to it.

So! Chapter two is now completely available over at Smack Jeeves and will be complete over at The Duck in just a few days. Read it!

Anyway, I want to take the time to reflect a bit on this chapter.

Generally, I think the quality has gone up a bit. Chapter 2 looks a bit better than the first one and the pages have more variation and sharper design (screentones, word balloons etc). The plot is moving a bit slowly right now but I wanted to have a stronger focus on the main characters since this comic is an exercise in working with more developed characters. I’m the plot-centric kind of author, so I need this. Yet plot-centric it’s going to become with the next chapter, where I introduce the main story, the story of the Silver Vein world.

Going back to this chapter, I think I’ve improved a bit (doing 100 comic pages ultimately does that to you). I feel, however, that my anatomy-skills and perspective-skills are starting to rust. So there will be a break between chapters 2 and 3. I’m going to spend the time working on another comic project while I study comics, anatomy and perspective as much as I can. I’ll still work on the storyboard for chapter 3, only not on the actual pages.

Enough of my ranting. What did YOU guys think of the new chapter? I’m curious to hear it. Don’t be afraid to tell me even if you have a lot of negative criticism going on. That’s why I’m making this comic after all, to be able to improve.

Oh, and as a small extra, let’s have a look at that cover for the collected version again (it’s already on deviantart):

Yes – I’m a bit proud of it, although I’ll probably hate it to death in a month or so. I am working a lot right now to be able to print it in time for SPX. I also pushed back the deadline for the guest art to sunday this week. Anyone who wants to have their art in the book MUST have it ready by tomorrow in other words. Well…time to get more work done on the book.

Yeah, I’ve been a little stressed out lately. A lot of stuff has come in the way of finishing chapter two of Silver Vein. Now that I’m done with it, though, I can finally turn my attention towards working on the collected version. Fortunately, I found a print shop that can print it in about a week. So there’s still hope. Now, about the guest art. As I’m about to start the book I need it handed in this coming week. Wednesday or thursday would be best. I’ll be printing in 300 dpi A5, so send me a sendspace link or something similar when you’re done with the pic.

Anyway, time for some pics!

I had some time for doodles lately.

And now for a peek at the cover for the book that I’m working on.

That’s it for now. I’m working on a new comic project and I’ll start storyboarding for a new SV chapter soon. But that’s a story for another day.

I’ve been busy lately with trying to find a job and working on my comic so of course this site has been dead for a while. But I have some news today:

To start of, I can gladly say that I’m almost done with chapter two of Silver Vein. In fact, I’m going to start posting two pages every day from today on. If you prefer reading it in one go, just look out for the next blog-update instead. Others will find my smackjeeves account or drunk duck account on the right, under “other accounts”.

Now then, about the book. I still intend to try having a collected version of chapters 1-2 done in time for SPX. Since there is so little time I’m not sure if I’ll actually make it, but if I do I might have a few pages left for guest art. So, artist friends, anyone feel like making a quick silver vein-doodle? It’ll have to be in black and white. IF the book won’t be done in time and you still have a pic done I’ll just feature it here on this blog instead. I’m going to provide some pics of the main characters design for inspiration (but not too much, the small differences are the fun parts of guest art). You also have the first chapter to go through if you need more material. Anyway, to the interested: have fun and here’s the pics:¨ 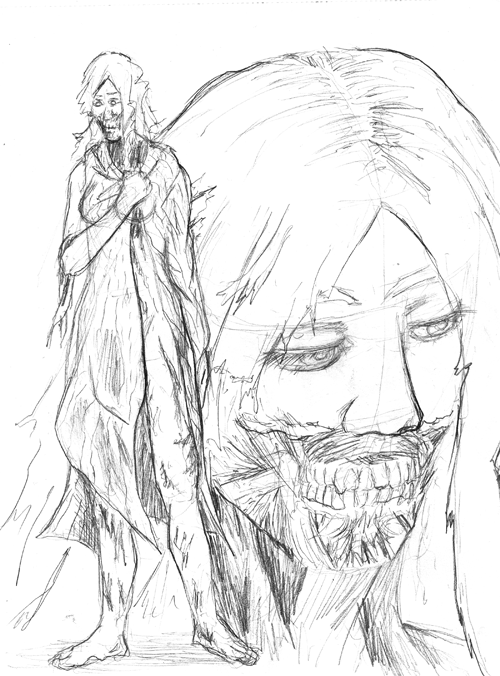 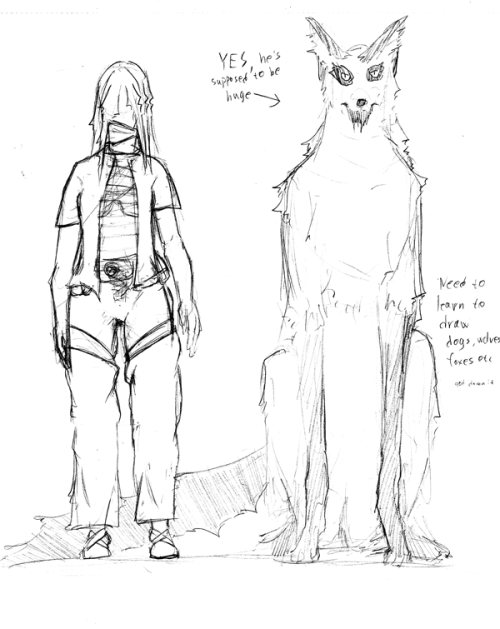 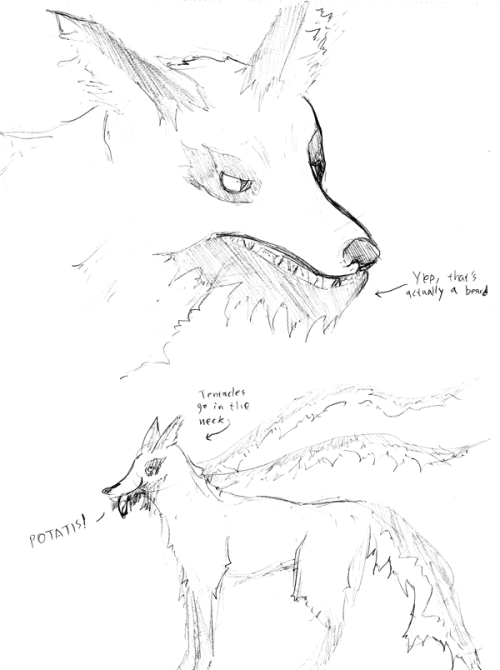 Lastly, this is a good reference for the sword.